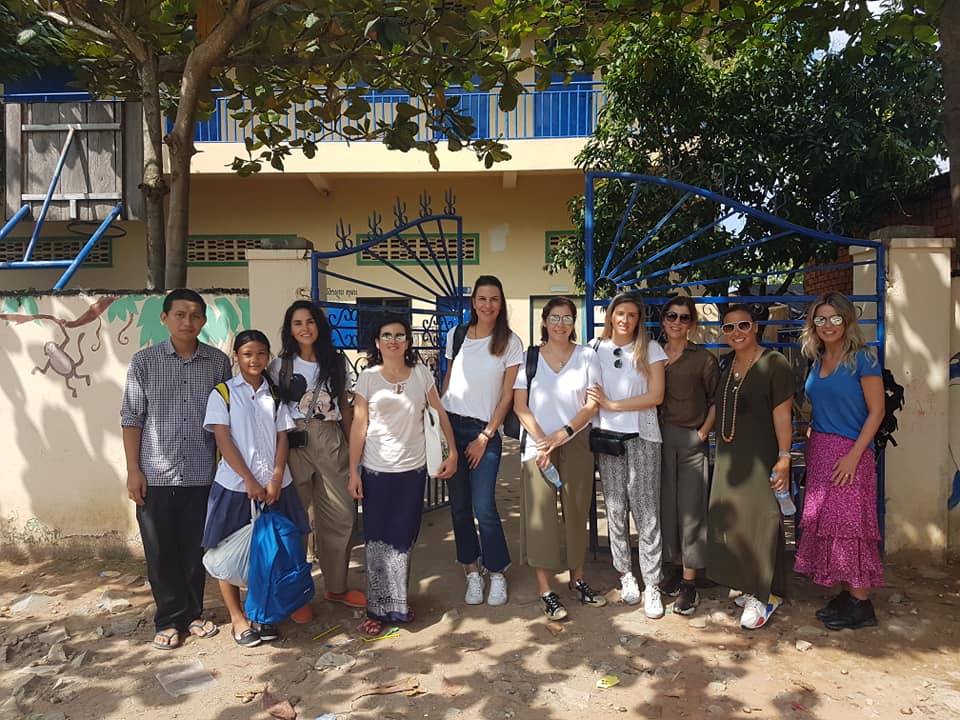 In the year that CLIB celebrates its 20º anniversary, CLIBBERS’ Mums decide to leave on a Humanitarian Mission

In the year of its 20th anniversary, CLIB organized in November 2019, and at the request of the mothers, a very special delegation to make a second trip to Cambodia this school year. “Mission Cambodia 2019, part 2” was composed this time, not by students, but by mothers accompanied by the principal of the school on a humanitarian mission, which aimed to continue the projects that CLIB has been developing in a small school of a village in that country.

For 8 years now, CLIB has been developing a solidarity project in Cambodia, which focuses mainly on education and has enabled the sponsoring of children, ensuring that they can have a better future. Several are already the children sponsored with scholarships, even at university, and families supported and guided in the development of small businesses.

The mothers of the CLIBBERS were able to get to know this community, which touched them a lot, through all the reports they already knew from their children and whose reality they have been following for several years at CLIB. They also had the opportunity to join a team of volunteers in a “Big Build” organized by Habitat for Humanity International and, within 5 days, it was possible to finish the construction and see a house dedication to a family, whom they met, and promised to protect closely since Portugal.