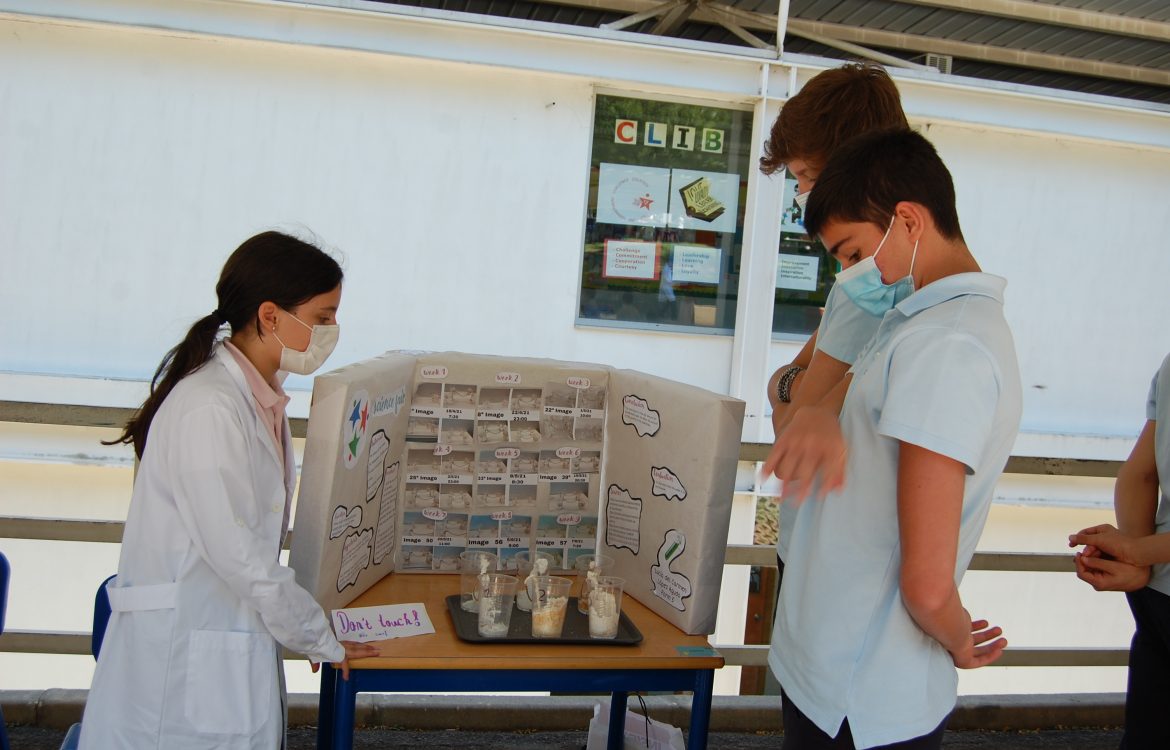 Another edition of Science Week took place at CLIB, this year dedicated to sustainable food. So, as early as Monday, all upper school students were involved in a PBL (project-based learning) project, in which they had to investigate the possible environmental, economic and social benefits of a less meat-based diet, and, with the information collected, videotape a TED Talk. Tuesday was the day for LTR (learning through research) students to present to other students the work developed in the last chapter of this year, namely, scientific literacy. Special focus was given to the ability to detect conspiracy theories and to understanding the danger they pose today. Forum students were also responsible on this day for developing and implementing a set of scientific games for all their other colleagues. And since there can be no science week without its science fair, Wednesday saw all the fourth through ninth graders, along with the group of little scientists from the science club, come to the college’s outdoor spaces to present all their science projects to the other lower school students and to the jury present. Given the current conditions, which prevented the formation of working groups, this year there was a record of projects presented, in a total of ninety-eight! With a holiday to rest, on Friday it was the students’ turn to participate in math and coding activities, on a day in which the adoption of abandoned animals was also promoted.